Troches or subbuccal lozenges are fast becoming a very popular method of administering bioidentical hormones in Australian women. Although we do recommend the use of Bioidentical Hormones we feel there are more effective methods of administering these hormones. In addition there also appears to be a lot of misinformation being publicized about troches.

Troches are being marketed as a new novel method of administering bioidentical hormones that bypass the stomach and first pass metabolism of the liver as they are “supposedly” absorbed directly into buccal circulation. Claims are made that this places less stress on the liver and therefore better for you. In reality more than 50% (and up to 70%) of the total troche dose is actually swallowed by the normal salivation process which will encounter the stomach acids and first pass metabolism while the remainder is absorbed by the buccal mucosa (Int J Pharm Comp., 4, 414-420, 2000). With only 30 to 50% of the dose being absorbed through the mucosa lining in the mouth there appears to be only a minimal reduction in the livers first pass metabolism when compared to capsules. The hormones that are eventually absorbed, weather it is by the buccal mucosa or the gastrointestinal tract, will eventually encounter the liver anyway at some stage through normal circulation so there is no real significant liver sparing effect. Clinical experience shows that the doses required for troches are within the same range as those required for oral capsules which are obviously swollowed so the overall total load on the body is approximately the same so again no real liver sparing benefit is obtained. Historically troches were designed to administer medications localy to the mouth ity and not for systemic effects. Transdermal creams, on the other hand, require lower doses compared to troches and capsules and actually do bypass the stomach and first pass metabolism of the liver so are therefore the only way that actually reduces the overall load on the liver.

Hormones that possess poor oral bioavailability such as progesterone and testosterone (10 to 15% bioavailability) could potentially be good candidates for buccal administration. If successful the dosages for buccal administration should approach those of normal physiological doses e.g. Progesterone 10 to 20mg daily as found with creams. Clinical experience shows that the doses of progesterone needed in troches is usually between 100 to 200mg daily which indicates a great deal of the dose is not being absorbed by the buccal mucosa thus supporting the evidence that a majority of the dose is being swallowed. Perhaps a buccal patch would provide better absorption characteristics than troches but are currently unavailable. In addition, there is no real benefit using buccal administration over oral administration for those hormones which already possess good oral bioavailability such as DHEA  (over 90%).

Troches also exhibit poor pharmacokinetic parameters. This means that there are great fluctuations in hormone serum levels after taking a troche dose. Soon after taking a troche serum hormone levels rise rapidly, sometimes to very high levels, and then rapidly fall to low levels within 4 to 5 hours. They therefore require at least twice daily administration or for optimal results three to four times a day to maintain adequate levels longer however compliance becomes a major problem with this type of dosing schedule. This wide fluctuation in hormone levels is not the ideal situation. Creams and slow release capsules release hormones into the blood stream more gradually achieving steadier serum levels for a longer period of time thus generally requiring only once a day dosing. 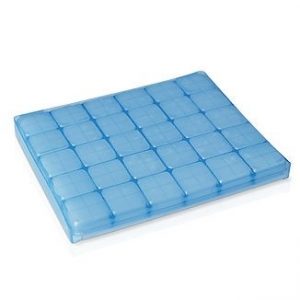 Another concern with troches (and capsules) is that the estrogens that are actually being swollowed may undergo conversion into estrone in the gastrointestinal tract before being absorbed. Estrone is not a favorable estrogen and can increase the risks of breast cancer if not appropriately balanced. Transdermal estrogen creams do not undergo this conversion into estrone before absorption so may therefore be a safer alternative.
Troches are made from two different types of bases:
(1) Polyethylene glycol (PEG) – PEG bases (hard troches) are well known to cause allergic and chemical sensitivity reactions and can cause the buccal mucosa and gums to become inflamed. PEG base is not recommended for patients with chemical sensitivities or those with a high toxic burden such as leaky gut patients. This appears to be the most common base used in Australia.
(2) Gelatin – Gelatin (soft troche) is a hydrophilic (water loving) base which causes hydrophobic (fat loving) particles such as some bioidentical hormones to aggregate together when made in high doses. This aggregation of particles could possibly further reduce mucosal absorption thus increasing the amount being swallowed. Being the safest of the two bases we recommend gelatin based troches.

Finally there is less patient satisfaction with troches because these bitter tasting hormones need to be held in the mouth for about 30 minutes before they totally dissolve. Surprisingly some compounding chemists are using Aspartame, an artificial sweetener, to mask the bitter taste of these hormones however it has been identified as a possible neurotoxin that can cause brain damage.

In conclusion troches are currently being widely used to successfully administer bioidentical hormones to Australian women however they possess many drawbacks and are not considered the OPTIMAL and safest choice. Transdermal creams should be the first choice as they require lower doses compared to troches and capsules, they also are the only route of administration that truly bypasses the stomach and first pass metabolism. They provide better release parameters providing steady serum levels without wild fluctuations seen with troches. They only require once daily dosing so are more convenient, dosage adjustments are very easy to make, there is no conversion of estrogens into estrone prior to absorption, and finally they are significantly cheaper with a standard formula costing about $30/month. If creams are deemed unsuitable in certain cases then the second choice should be slow release capsules. These capsules provide better release properties than troches, only require once a day dosing, and are fast to administer and no bitter taste. Troches should be reserved in patients where creams are unsuitable and malabsorption syndrome occurs thus making oral administration unsuitable.